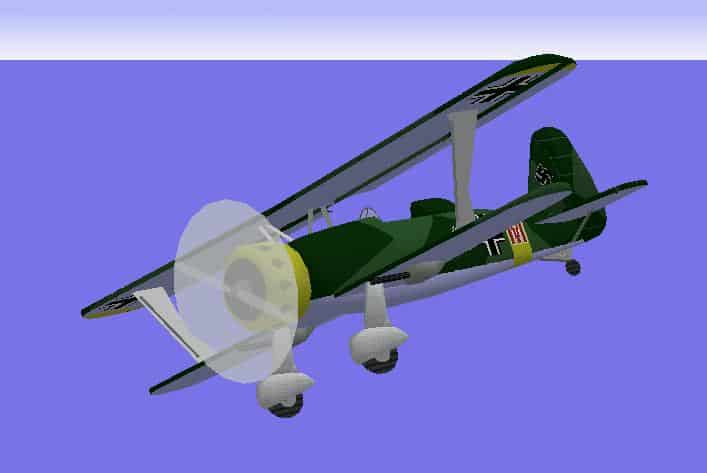 CFS1 Henschel Hs123 – Luftwaffe. The Henschel Hs 123 was a single-seat biplane dive bomber and close-support attack aircraft flown by the German Luftwaffe during the Spanish Civil War and the early to mid-point of World War II. Although an obsolete design, it continued to see front-line service until 1944. This virtual model represent a Hs 123 of Escuadrilla Azul, flown by spanish volunteers of the JG-27 based in Vitebsk, Russian front, 1942. Original CFS model creator: Michael Hart. Panel: Default FW-190 CFS panel. All reworked with additional textures and new damage profile: Edmundo Abad 2010.