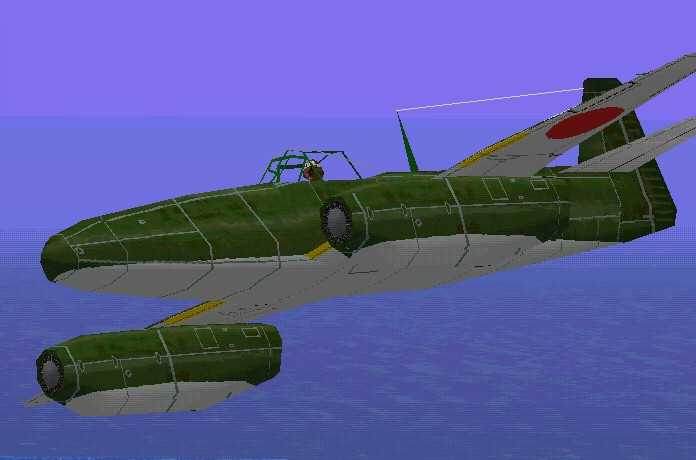 New version with moving flaps and landing gear. The Nakajima Kikka (Orange Blossom), was clearly inspired by the German Me 262 jet fighter, and was the only World War II Japanese jet aircraft capable of taking off under its own power. The first prototype was ready by August 1945. Lieutenant Commander Susumu Takaoka made the first flight on August 7 (a day after of Hiroshima). Development of the Kikka ended four days after with the Japanese surrender. Original design: ‘flyman’ Yusaku Honma. Original Me-262 Panel: Bernd Drefahl. Original Me-262 Gauges: Stefan Geissler. Conversion to CFS with damage profile, moving parts and textures: © Edmundo Abad, Feb 2010