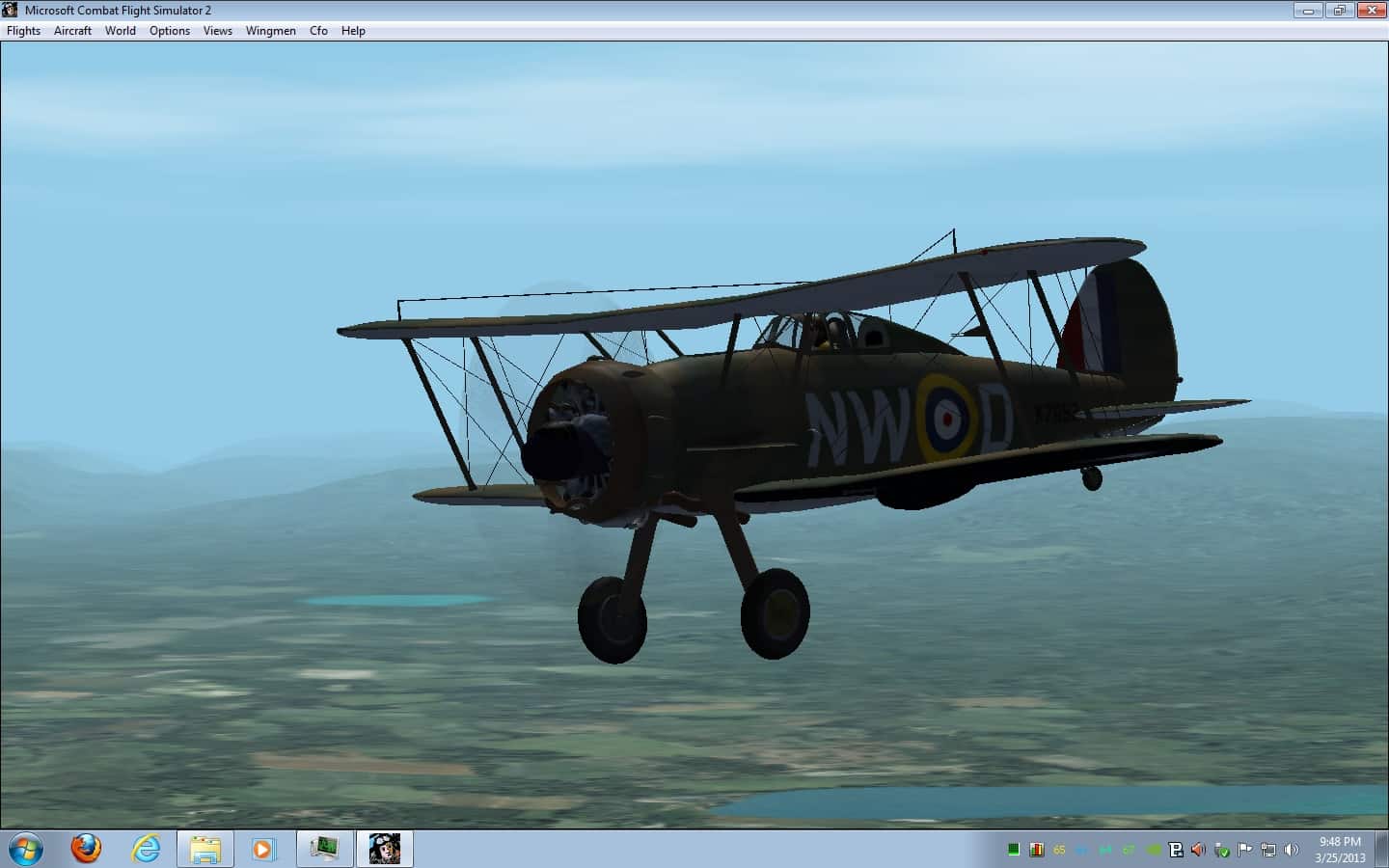 Gladiator Skins for thicko’s Mk. II Gladiator model. While obsolete in the European theatre, the Gloster Gladiator played a major role for the Royal Air Force in North Africa and in Greece. The Gladiator proved, especially when flown agressively, an equal of the Italian biplane fighters, and could also handle some Italian monoplanes, such as the Fiat G-50 Freecia. In Albania, RAF 33, 80, and 112 Squadrons were primarily resonsible for offensive fighter sweeps and bomber escort until February 20th, 1941. On this day, Hawker Hurricanes equipped the pilots of RAF 80 Squadron, allowing for the Hurricanes to engage newer Italian monoplanes, such as the Macchi Mc-200 Saetta, and later German fighters, such as the Messerschmitt Bf-109 and Bf-110. These skins represent some of the aircraft flown by these brave pilots, including Nigel Cullen, Richard Acworth, and “Pat” Pattle.