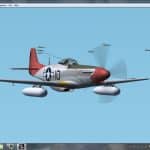 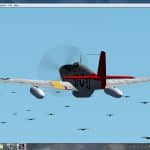 Part IV of the Tuskegee Airmen campaign package! This is an effort to chronicle the flying history of the Tuskegee Airmen, who began their combat life as the 99th Fighter Squadron, and who later became the 332nd Fighter Group. Starting in April, 1943, this campaign package, split into four parts, covers one hundred and six missions from their beginning in April, 1943 to their end in May, 1945. The total length of the campaign is chopped into four smaller campaigns because of the limits of AI aircraft. Within this package, you’ll find the scenery folders, texture files, & GSL files needed for the campaign. The amount of files required necessitated this fourth package. My absolute deepest gratitude to A. Talbot, and the aircraft builders, skin artists, scenery and weapons builders without whom this project could not have been completed.

Are you looking for Combat Flight Simulator 2 Mods at one place? Then you have landed in the right place. We provide the access to our huge database of mods for all kind of needs. Every Combat Flight Simulator 2 Addons has its own type, specifications and features so it’s easy to find what you lack in your game. If you have already chosen the file, click on Tuskegee Airmen Part 4 Mod download button and follow the instructions. It’s as easy and simple as possible! The Tuskegee Airmen Part 4 mod will also allow your game number of things. There are still may other mods some of them are little tweaks like a camera changer while others introduce a whole new story mode into your game. Aside from that, we have mods introducing new content to the game, new levels developed by independent creators that will spark a ray of joy within your Flight Simulator. Tuskegee Airmen Part 4 Mod could be a great boost to your game and there are no reasons why to react negatively. Take the best that you can and don’t look back – you must be orientated to the future and new experiences.