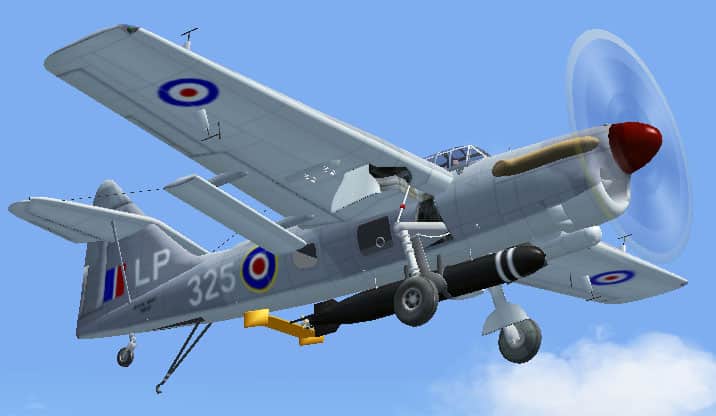 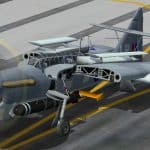 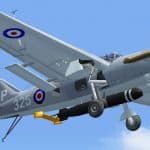 FS2002/FS2004 Fairey Barracuda Mk.V. The Fairey Barracuda was a British carrier-borne torpedo- and dive-bomber used during the Second World War. The first of its type to be fabricated entirely from metal. It was introduced to the Fleet Air Arm as a replacement for the Fairey Swordfish and Fairey Albacore biplanes. It is notable for its role in attacking the German battleship Tirpitz and infamous for its unusual appearance when the undercarriage was extended and wings folded. Final version of the Barracuda was the Mk V which replaced the Merlin powerplant with a Rolls-Royce Griffon and featured various aerodynamic changes. The Mk V did not take to the air until 16 November 1944, and Fairey built only 37 before the war in Europe was over. By Kazunori Ito. 3.5MB