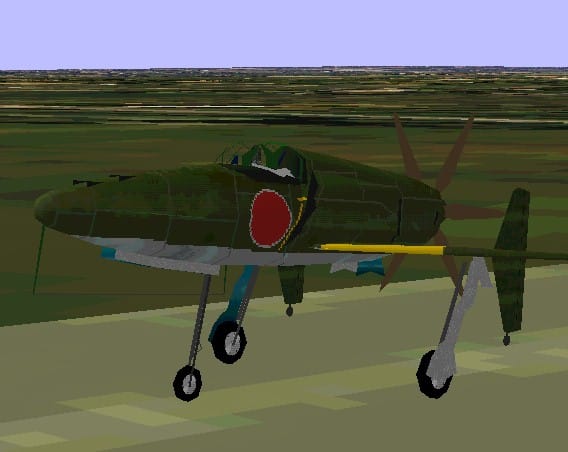 FS2002/FS2004 Kyushu J7W1 Shinden. This fighter was a World War II Japanese propeller driven aircraft that was built in a canard design. The wings were attached to the tail section and stabilizers were on the front. The propeller was also in the rear, in a pusher configuration. It was expected to be a highly maneuverable interceptor, but only two were finished before the end of war. The J7W was developed for the Japanese Imperial Navy as a specific response to the B-29 Superfortress raids on the Japanese homeland. by Kazunori Ito. 3.4MB