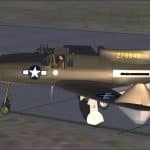 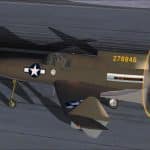 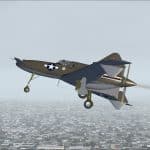 FS2004 Curtiss XP-55 “Ascender”. This radical “tail” first canard was another plane which developed in response to the solicitation for advanced and unconventional aircraft proposals by the Air Corp. It was essentially a flying wing in a pusher configuration powered by the V-1710-95(F23R). The first of three prototypes flew in 1943, the performance achieved being 390 mph at 19,300 ft with a service ceiling of 34,600 ft. The advances by conventional aircraft and the development of the turbojet, along with the demands of high-priority production programs led to no interest in further development of the AscenderCreated by: Jeffrey Nissen (model, textures, panel mods, flight dynamics)Not tested in FSX but it should work. 10.8MB

Are you looking for Flight Simulator 2004 Mods at one place? Then you have landed in the right place. We provide the access to our huge database of mods for all kind of needs. Every Flight Simulator 2004 Addons has its own type, specifications and features so it’s easy to find what you lack in your game. If you have already chosen the file, click on FS2004 Curtiss XP-55 “Ascender” Mod download button and follow the instructions. It’s as easy and simple as possible! The FS2004 Curtiss XP-55 “Ascender” mod will also allow your game number of things. There are still may other mods some of them are little tweaks like a camera changer while others introduce a whole new story mode into your game. Aside from that, we have mods introducing new content to the game, new levels developed by independent creators that will spark a ray of joy within your Flight Simulator. FS2004 Curtiss XP-55 “Ascender” Mod could be a great boost to your game and there are no reasons why to react negatively. Take the best that you can and don’t look back – you must be orientated to the future and new experiences.