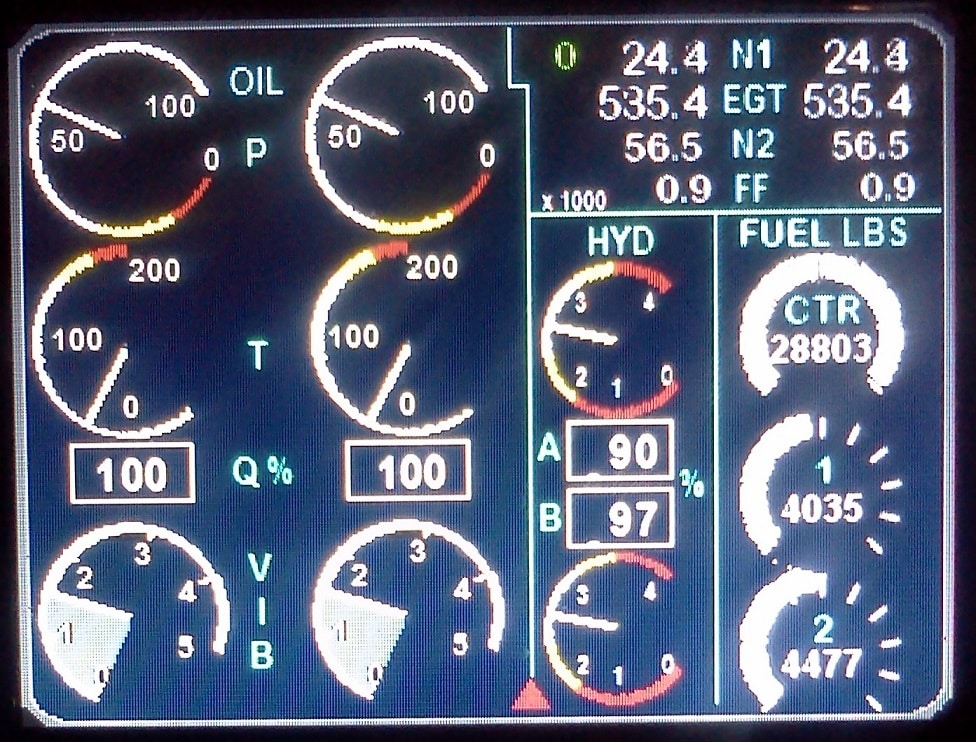 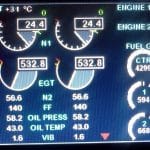 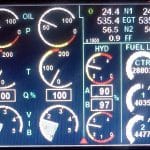 The EICAS Secondary gauge (for FIP) has been created as an addition to Philippe Verhaege’s gauges in his gauge package named . This gauge package primarily provides a secondary screen for EICAS. Philippe’s background EICAS image is slightly altered by giving it a border similar to a MFD screen and some elements have been moved very slightly as a result. The red arrow head that displays at the bottom of the FIP screen denotes the secondary EICAS screen can be accessed by pressing the down arrow on the FIP. The secondary screen dispays basic primary data from Philippe’s original gauge, in the top right corner plus displays rotating or digital data for oil temp / pressure / quantity and vibration and hydraulic info. Fuel data is a replica of Philippe’s work but can now be toggled between lbs or gals by pressing FIP button no. 6.