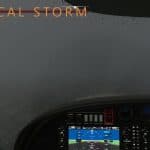 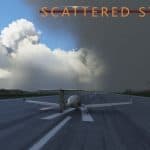 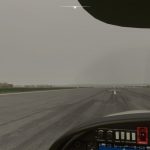 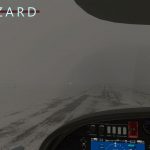 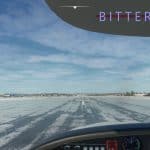 Adds some new weather presets for you to use, such as freezing rain, fog, and scattered thunder showers.

READ INSTALL INSTRUCTIONS. THIS DOESN’T INSTALL LIKE OTHER MODS… yet.

TO INSTALL: Open the archive, drag and drop the Weather folder into C:\Users\{yourAccount}\AppData\Roaming\Microsoft Flight Simulator\
If “C:\” isn’t the disk your Windows isn’t installed on obviously choose the right disk. Make sure hidden folders are unhidden. If you cannot find the AppData folder, press Windows Button + R (or select Run from start menu) and type in: “%AppData%”. You can also put this into the url bar thing of windows explorer.

I was pretty disappointed with the default weather presets. So I have made a couple, mostly inclement weather conditions. The weather editor in game doesn’t let you tweak things as much as the game allows, so I had to do some of this in a text editor. For example, the Tropical Storm and Blizzard have MUCH more precipitation than you can set in game

I will add more if I think of them.

Are you looking for Microsoft Flight Simulator 2020 Mods at one place? Then you have landed in the right place. We provide the access to our huge database of mods for all kind of needs. Every Microsoft Flight Simulator 2020 Addons has its own type, specifications and features so it’s easy to find what you lack in your game. If you have already chosen the file, click on More Interesting Weather Presets Mod download button and follow the instructions. It’s as easy and simple as possible! The More Interesting Weather Presets mod will also allow your game number of things. There are still may other mods some of them are little tweaks like a camera changer while others introduce a whole new story mode into your game. Aside from that, we have mods introducing new content to the game, new levels developed by independent creators that will spark a ray of joy within your Flight Simulator. More Interesting Weather Presets Mod could be a great boost to your game and there are no reasons why to react negatively. Take the best that you can and don’t look back – you must be orientated to the future and new experiences.