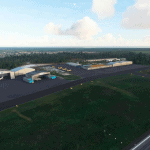 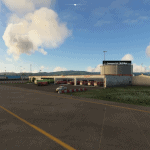 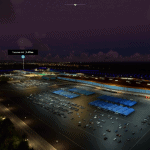 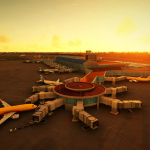 It is one of the most important air terminals in Latin America by number of destinations. It operates flights to and from more than 70 cities in America, Asia and Europe, covering a large part of Latin America. It is also the main hub of operations for Copa Airlines. In 2006, an important expansion and renovation program was carried out with the aim of modernizing and improving its services. The second phase of the airport’s expansion included the construction of the “north pier” which has allowed the airport to increase its capacity by 50%, now allowing it to handle up to 7 million passengers per year. This expansion was delivered in April 2012 and is already in operation.

This airport for unknown reasons was not included in the FS2020 simulator base and we hope that it will be included soon, so there are some possible problems with ILS that may be repaired in the future with the possible update and inclusion of it.

Any donation you wish to make will always be greatly appreciated. Modeling, texturing and recreating an airport takes a few hours of work and dedication for you to enjoy.

Are you looking for MSFS2020 Airports Mods at one place? Then you have landed in the right place. We provide the access to our huge database of mods for all kind of needs. Every MSFS2020 Airports Addons has its own type, specifications and features so it’s easy to find what you lack in your game. If you have already chosen the file, click on MPTO – Aeropuerto Intl. Tocumen – PANAMA v1.0 Mod download button and follow the instructions. It’s as easy and simple as possible! The MPTO – Aeropuerto Intl. Tocumen – PANAMA v1.0 mod will also allow your game number of things. There are still may other mods some of them are little tweaks like a camera changer while others introduce a whole new story mode into your game. Aside from that, we have mods introducing new content to the game, new levels developed by independent creators that will spark a ray of joy within your Flight Simulator. MPTO – Aeropuerto Intl. Tocumen – PANAMA v1.0 Mod could be a great boost to your game and there are no reasons why to react negatively. Take the best that you can and don’t look back – you must be orientated to the future and new experiences.