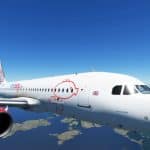 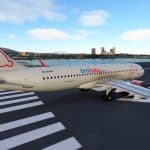 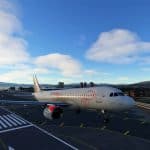 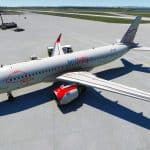 British Midland International, or BMI, was born… essentially… according to Wikipedia… in 1938 as ‘Air Schools Ltd’: a way of training pilots for the RAF Volunteer Reserve. It changed its name to BMI in 1968 and by 1970 joined the jet age with BAC 1-11 500’s and a Boeing 707.

BMI was acquired from Lufthansa by International Airlines Group (IAG) in April 2012, and was integrated into British Airways (BA) by the October . BMI’s subsidiaries Bmibaby and BMI Regional were also purchased, although IAG did not wish to retain either.

In relation to BMIBaby specifically, it was set up in 2002 as a a low-cost subsidiary. Bmibaby used Boeing 737s which were displaced after BMI’s fleet renewal programme favoured an all-Airbus fleet. Bmibaby flew routes between major and secondary airports around Europe from its bases at East Midlands Airport, Manchester Airport and Birmingham Airport until it was closed down by IAG in September 2012.

So, BMIBaby never operated the A320, let alone the neo. Given this, the livery is accurate for the baby, with the exception of one area where mirrored panels would make things look silly and also because I had to draw the tail face by hand and, well, got a little Smeary with it… you will have to pardon me.

The livery, tail number and name are accurate for this aircraft – although as much as I think ‘Ice Ice Baby’ is an awesome name for a plane, I would have preferred to have found ‘Hasta la Vista Baby’. I would also have liked to have including some of the awful advertising they used to do but… IP and all that eh.

I hope you like this livery! Thanks go, once again, to Geeboy91. A true BMI fan!

As with every drag and drop livery – unzip, extract and drag the sucker into your community file. It will thank you in the end.

Are you looking for MSFS2020 Liveries Mods at one place? Then you have landed in the right place. We provide the access to our huge database of mods for all kind of needs. Every MSFS2020 Liveries Addons has its own type, specifications and features so it’s easy to find what you lack in your game. If you have already chosen the file, click on Airbus A320neo BMIBaby v1.0 Mod download button and follow the instructions. It’s as easy and simple as possible! The Airbus A320neo BMIBaby v1.0 mod will also allow your game number of things. There are still may other mods some of them are little tweaks like a camera changer while others introduce a whole new story mode into your game. Aside from that, we have mods introducing new content to the game, new levels developed by independent creators that will spark a ray of joy within your Flight Simulator. Airbus A320neo BMIBaby v1.0 Mod could be a great boost to your game and there are no reasons why to react negatively. Take the best that you can and don’t look back – you must be orientated to the future and new experiences.