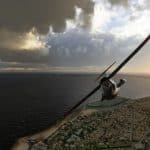 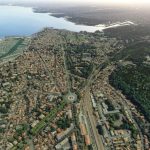 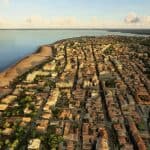 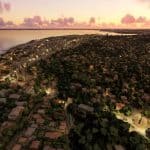 Arcachon is a commune in the southwestern French department of Gironde. It is a popular seaside resort on the Atlantic coast 55 kilometres (34 mi) southwest of Bordeaux, in the Landes forest. It has a sandy beach and a mild climate said to be favourable for invalids suffering from pulmonary complaints. Arcachon is twinned with 5 cities.

In 1857, Emperor Napoleon III signed an imperial decree declaring that Arcachon was now an autonomous municipality, coincidentally, the railway line extension from Bordeaux to Arcachon had been completed that same year. At that time, Arcachon was scarcely more than a forest of pine trees, oaks and strawberry trees (arbutus), with no road links and few real houses, with a population fewer than 400 people, mostly fishermen and peasants. In earlier years, when some hygienists began to recommend sea bathing, three sea establishments were laid out by investors to attract the Bordeaux bourgeoisie and other wealthy people. This was the beginning of a new lifestyle, and some of the locals got the opportunity to claim their independence from La Teste-de-Buch, which owned their properties, in order to found a “free” new town, Arcachon. Until 1950, tuberculosis patients also visited Arcachon for fresh-air treatments.

Arcachon is known for the “Arcachonnaise”, the local name for an Arcachon villa, the architectural style of many of the older houses built there. It is a Victorian style that was criticized for generations, but is now considered to be charming.

The United States Navy established a naval air station on 8 June 1918 to operate seaplanes during World War I. The base closed shortly after the First Armistice at Compiègne.

Are you looking for MSFS2020 Scenery Mods at one place? Then you have landed in the right place. We provide the access to our huge database of mods for all kind of needs. Every MSFS2020 Scenery Addons has its own type, specifications and features so it’s easy to find what you lack in your game. If you have already chosen the file, click on Arcachon City v1.0 Mod download button and follow the instructions. It’s as easy and simple as possible! The Arcachon City v1.0 mod will also allow your game number of things. There are still may other mods some of them are little tweaks like a camera changer while others introduce a whole new story mode into your game. Aside from that, we have mods introducing new content to the game, new levels developed by independent creators that will spark a ray of joy within your Flight Simulator. Arcachon City v1.0 Mod could be a great boost to your game and there are no reasons why to react negatively. Take the best that you can and don’t look back – you must be orientated to the future and new experiences.