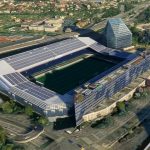 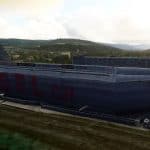 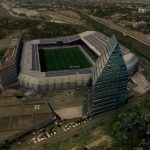 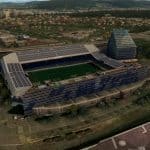 St. Jakob Park is a Swiss sports stadium in Basel. It is the largest football venue in Switzerland and home to FC Basel. “Joggeli”, as the venue is nicknamed by the locals, was originally built with a capacity of 33,433 seats. The capacity was increased to 42,500 for Euro 2008, which was hosted by Switzerland and Austria.After the Euro 2008 a number of seats were removed, thus creating more space between them. The capacity was therefore reduced to 38,512 for Swiss Super League matches or 37,500 seats for international matches The maximum capacity for concerts is 40,000.

The stadium is named after the village of St. Jakob an der Birs, which stood on the site. The name “Joggeli” is the diminutive of “Jakob” in the local dialect, making it the equivalent of “Jake”.

Are you looking for MSFS2020 Scenery Mods at one place? Then you have landed in the right place. We provide the access to our huge database of mods for all kind of needs. Every MSFS2020 Scenery Addons has its own type, specifications and features so it’s easy to find what you lack in your game. If you have already chosen the file, click on St. Jakob-Park / Joggeli / Basel v1.0 Mod download button and follow the instructions. It’s as easy and simple as possible! The St. Jakob-Park / Joggeli / Basel v1.0 mod will also allow your game number of things. There are still may other mods some of them are little tweaks like a camera changer while others introduce a whole new story mode into your game. Aside from that, we have mods introducing new content to the game, new levels developed by independent creators that will spark a ray of joy within your Flight Simulator. St. Jakob-Park / Joggeli / Basel v1.0 Mod could be a great boost to your game and there are no reasons why to react negatively. Take the best that you can and don’t look back – you must be orientated to the future and new experiences.