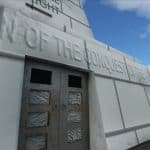 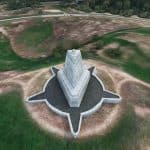 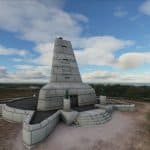 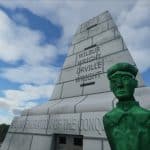 Dedicated in 1932, the Wright Brothers National Memorial’s tower is situated on top of Kill Devil Hill in North Carolina’s Outer Banks. This hill was once a dune, and the site of many of the Wright brothers’ first glider tests. The monument commemorates the brothers and their achievements in heavier-than-air flight.

Of all of the NC monuments to be missing in flight simulator, I thought this was a particularly relevant one. The whole monument is hand-crafted with custom PBR materials. Spawn in at KFFA airport (first flight airport) and you should easily locate Kill Devil Hill and the memorial a short distance away.

Known issues/shortcomings in 1.0:
– The Wright Brothers’ busts are identical. I’m need more practice at modelling faces before I give those a finer touch
– There is more detailing on the sides of the memorial which are not represented in the current model
– I did add a light at the top of the tower, but have not yet figured out how to create something more like a lighthouse light that should really be there

Are you looking for Microsoft Flight Simulator 2020 Mods at one place? Then you have landed in the right place. We provide the access to our huge database of mods for all kind of needs. Every Microsoft Flight Simulator 2020 Addons has its own type, specifications and features so it’s easy to find what you lack in your game. If you have already chosen the file, click on Wright Brothers National Memorial v1.0 Mod download button and follow the instructions. It’s as easy and simple as possible! The Wright Brothers National Memorial v1.0 mod will also allow your game number of things. There are still may other mods some of them are little tweaks like a camera changer while others introduce a whole new story mode into your game. Aside from that, we have mods introducing new content to the game, new levels developed by independent creators that will spark a ray of joy within your Flight Simulator. Wright Brothers National Memorial v1.0 Mod could be a great boost to your game and there are no reasons why to react negatively. Take the best that you can and don’t look back – you must be orientated to the future and new experiences.