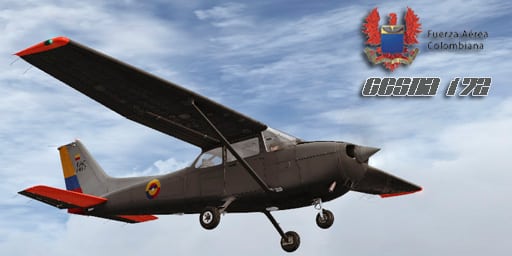 The Colombian Air Force or FAC is the Air Force of the Republic of Colombia. The Colombian Air Force (FAC) is one of the three institutions of the Armed Forces of Colombia. It is one of the largest Latin American air forces and increased activity due to its important role in the fight against narco-terrorism. The school use t 41 mescalero is the militar version of cessna 172. Textures in DDS format for the payware A2A Simulations Accu-sim C172 model. Repaint by: Manuel Jose, Contact Ground. Happy flights.