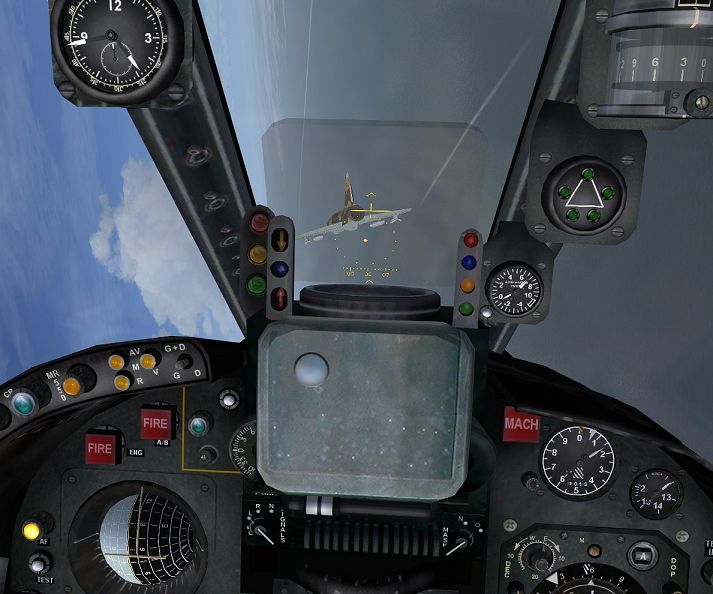 As good as the Head-Up Display (HUD) is in the Skysim FSX Mirage III/5 package it is better applied to a more modern fighter, not one developed in the 1960s. It is more of the style that was added to some Mirage III/5 during their mid-life modernization upgrades — the original gunsight was much more simplified. So I have made a new gunsight to replace it. It is based on the C.S.F. 97K optical sight as detailed in the Mirage IIIE Flight Manual.