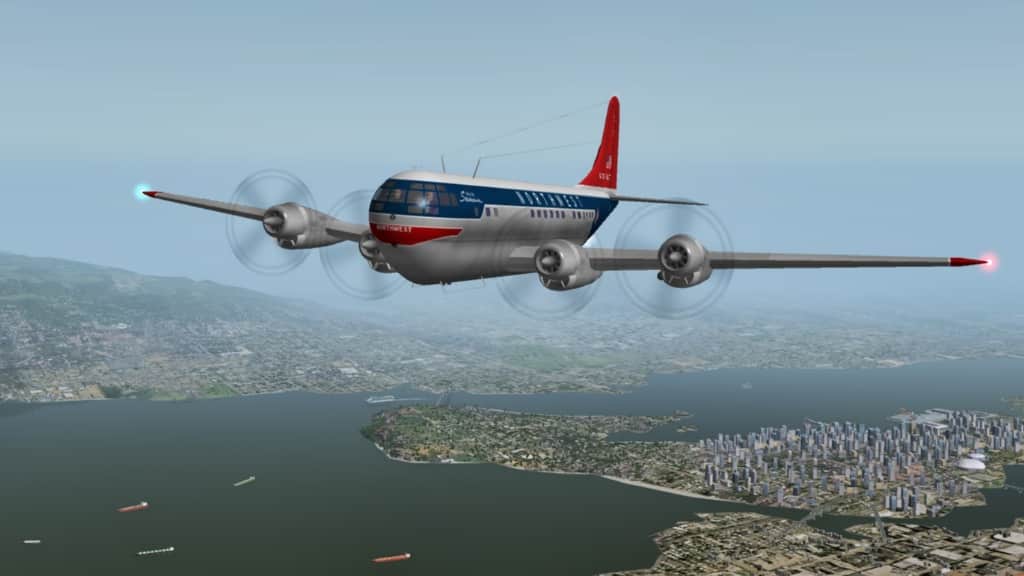 X-Plane 9.70+ Boeing B-377 Stratocruiser v1.7. The Boeing B377, also called the Stratocruiser, was a large long-range airliner built after World War II. It was developed from the C-97 Stratofreighter, a military derivative of the B-29 Superfortress used for troop transport. The Stratocruisers first flight was on July 8, 1947. By Fabrice Kauffmann.