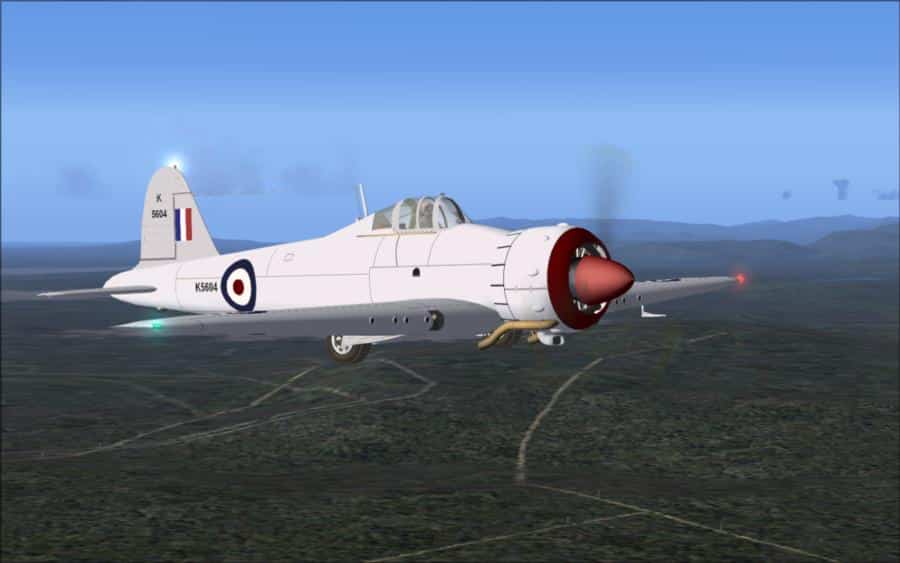 FSX/FS2004 Gloster F5/34 “Guardian” Package. .The last of the Gloster fighter designs created by H P Folland, the single-seat all-metal cantilever monoplane evolved to Specification F.5/34 (which ultimately produced the Hurricane and the Spitfire) was powered by an 840hp Mercury IX nine-cylinder radial engine and carried an armament of eight 7.7mm Browning guns. This aircraft, to which no designation was assigned other than that of the specification that it was intended to meet, suffered somewhat protracted development owing to the company’s preoccupation with the Gladiator. The first of two prototypes did not commence flight trials until December 1937, with the second following in March 1938. By the time that the Gloster fighter made its debut, the Hurricane had entered service and the Spitfire had reached production, and further development of the Mercury-engined monoplane was not pursued. Model and textures by Bill Holker, modified airfile and gauges from various freeware releases and Microsoft FS, sound file downloaded from Sim Outhouse. For FSX operation the Glass texture file needs to be converted to a DXT3 bit map. 12.8MB