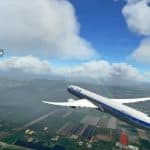 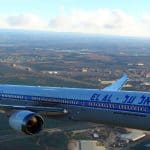 El Al Israel Airlines Ltd. meaning “To the Skies” or “Skywards”, is the flag carrier of Israel. Since its inaugural flight from Geneva to Tel Aviv in September 1948, the airline has grown to serve over 50 destinations, operating scheduled domestic and international services and cargo flights within Israel, and to Europe, the Middle East, the Americas, Africa, Australia and the Far East, from its main base in Ben Gurion Airport.

I have recreated that livery, though not perfect, I am hoping to release an updated version in future as time permits to fix those minor issues.

Installation
Installation is simple and straight forward. Just extract the folder in the ZIP file into the Community folder of Flight Simulator 2020. Close and restart FS2020 and the livery should show up under the Boeing 787-10 liveries.

Are you looking for MSFS2020 Liveries Mods at one place? Then you have landed in the right place. We provide the access to our huge database of mods for all kind of needs. Every MSFS2020 Liveries Addons has its own type, specifications and features so it’s easy to find what you lack in your game. If you have already chosen the file, click on El Al Israel Airlines [8K] (70th Anniversary) v1.0 Mod download button and follow the instructions. It’s as easy and simple as possible! The El Al Israel Airlines [8K] (70th Anniversary) v1.0 mod will also allow your game number of things. There are still may other mods some of them are little tweaks like a camera changer while others introduce a whole new story mode into your game. Aside from that, we have mods introducing new content to the game, new levels developed by independent creators that will spark a ray of joy within your Flight Simulator. El Al Israel Airlines [8K] (70th Anniversary) v1.0 Mod could be a great boost to your game and there are no reasons why to react negatively. Take the best that you can and don’t look back – you must be orientated to the future and new experiences.