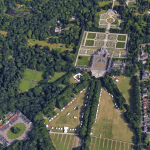 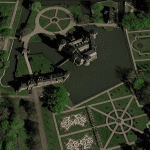 According to several pages in several Wiki’s there are approximitly 1800 castles in the Netherlands. Most of them are just spots in the ground where a castle has been, but now only visible to complex machines. There are however castles which have never been damaged or rebuilt after major damage. Those castles are still in use, mostly as a museum for us to get an impression of the time they were built. On a sunny day it is nice flying along all these castles. Between the castles are nice views of Holland.

Created with BushTripInjector, so thanks to BuffyGC. Wiki has provided a lot of text and the photos are mostly made with Google Earth.
The GPS bug in FS strikes in this bush trip also. Therefore labels are displayed for Way Points and Point of Interest, so you can get around when there is no GPS.

Great thanks to all creators of the add-ons.

Are you looking for MSFS2020 Other Mods at one place? Then you have landed in the right place. We provide the access to our huge database of mods for all kind of needs. Every MSFS2020 Other Addons has its own type, specifications and features so it’s easy to find what you lack in your game. If you have already chosen the file, click on Medieval castles in Holland v1.0 Mod download button and follow the instructions. It’s as easy and simple as possible! The Medieval castles in Holland v1.0 mod will also allow your game number of things. There are still may other mods some of them are little tweaks like a camera changer while others introduce a whole new story mode into your game. Aside from that, we have mods introducing new content to the game, new levels developed by independent creators that will spark a ray of joy within your Flight Simulator. Medieval castles in Holland v1.0 Mod could be a great boost to your game and there are no reasons why to react negatively. Take the best that you can and don’t look back – you must be orientated to the future and new experiences.