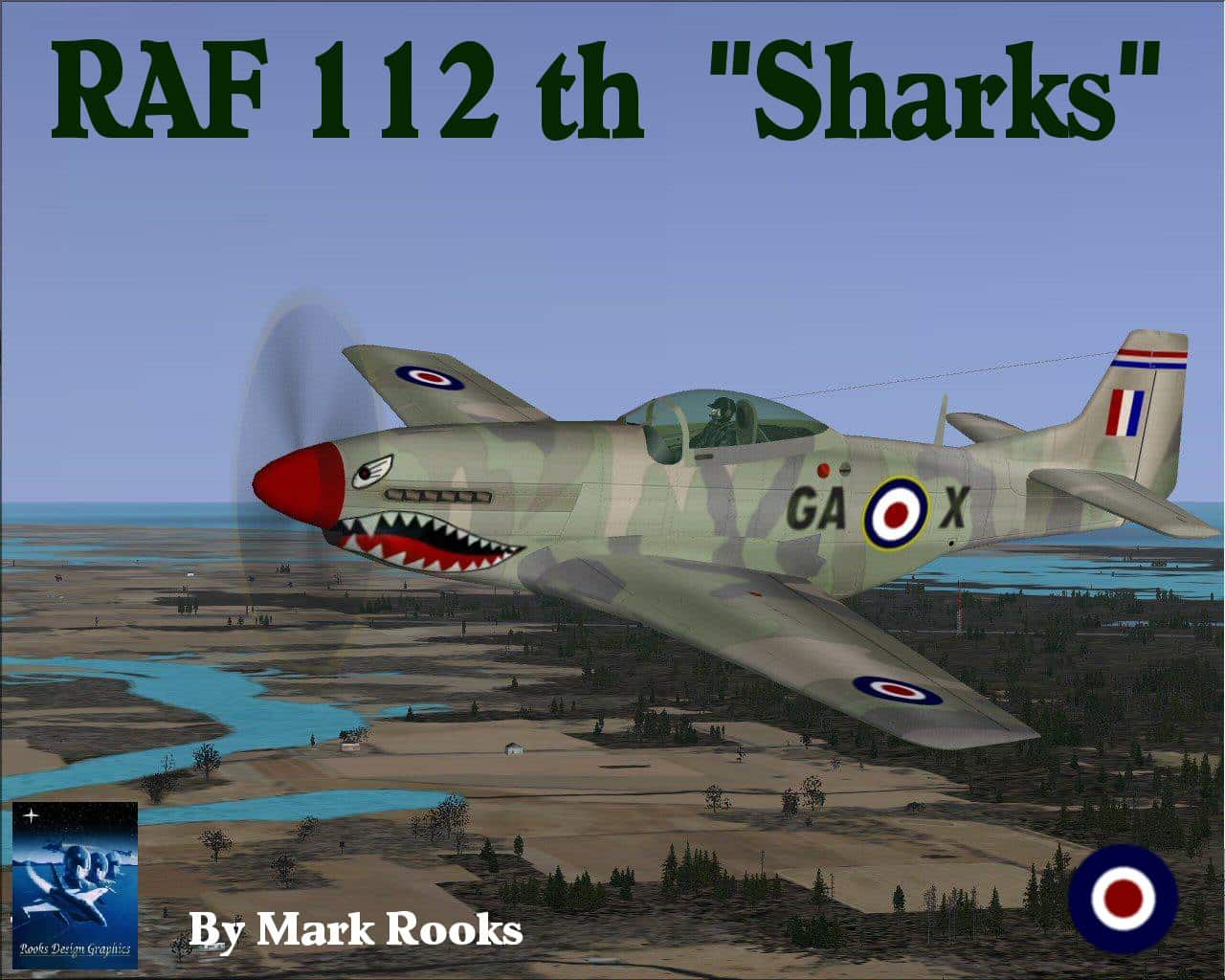 FSX P-51 Mustang RAF 112 th Squadron The Sharks. This is a Repaint of Roger Dials P-51 Mustang. . Paint scheme is of the RAF 112 th Squadron “The Sharks” Famous for the Shark Mouth nose art . In July 1941 the squadron began receiving the Tomahawk, which it now used in both the fighter and fighter-bomber role in support of the 8th Army.In December 1941 the Tomahawks were replaced by the Kittyhawk, which it used for the remainder of its time in the desert. Following the invasion of Sicily the squadron moved there in July 1943 changing to the Woodland camo and onto the Italian mainland in September.In June 1944 the Kittyhawks were replaced with Mustang IIIs and from February 1945, Mustang IVs. The squadron remained in Italy as part of the occupying forces until disbanding on 30 December 1946 at Treviso. Modifications and Woodland Camo Textures By Mark Rooks of RSDG .. Aircraft entitled ” Shark Bite “. 7.1MB